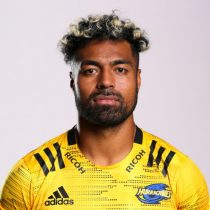 Having represented many Auckland, Blues and New Zealand age-grade rugby sides in both 15-aside and sevens (including playing for the New Zealand Schools team) while with Kelston Boys' High School, Visinia was selected to play for the senior Auckland team as soon as he left high school.

Before he played any ITM Cup rugby for the union, he was selected for the Gordon Tietjens coached New Zealand sevens team for the Hong Kong and Japan legs of the IRB Sevens World Series circuit.

That brought vital experience into his debut ITM Cup Premiership season with Auckland, where he made 6 appearances, mainly off the bench. In the 31-18 loss to Canterbury in the ITM Cup Premiership Final, Visinia scored his first try for the team in the last play of the game.

After 40 appearances for the side, he signed a deal with Japanese Top League side NEC Green Rockets in 2020, as well as Mitre 10 Cup side Hawke's Bay.