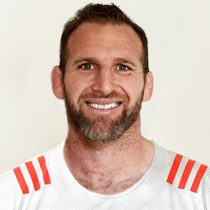 He joined Canterbury in 2006 and played for the Crusaders the following year with his international counterpart Richie McCaw. He went on to captain Canterbury to the Air New Zealand cup in 2008 and made his international debut that year against Scotland. He has also represented New Zealand at age-group cricket. He is now considered one of the first All Blacks named, and after another strong season for the Crusaders was selected in the 2011 squad to play Fiji and the Investec Tri Nations.

The New Zealand Player of the Year in 2010, he overcame an ankle injury last year to star in RWC 2011 and is one of the first names pencilled in by the coach of any team he represents. Read’s exemplary performances in 2013 were recognised with both national and international player of the year awards that praised his leadership as well as his consistently outstanding and athletic performances on the field.

He has been in compelling form in 2014 after injury disrupted his rugby earlier in the year. Amongst some of the achievements and accolades he has won during him impressive rugby career include: RWC '11 & '15 winner, IRB Player of the Year 2013, New Zealand Player of the Year 2010, Super Rugby winner 2008 (Crusaders) to name a few. He is widely regarded as one of the world's best No. 8 and continues to carve a path in this regard.

The most-capped member of the 2016 squad, Read was a key part of the All Blacks squad that claimed the RWC 2011 and RWC 2015 titles. He played in all seven matches at last year's Tournament. In February 2016, Read was named captain of the All Blacks by coach Steve Hansen.

Read had a disrupted start to his 2017 Super Rugby season as he was ruled out until April following surgery on a wrist injury but in May 2017, the All Blacks captain re-signed with New Zealand Rugby and the Crusaders until the 2019 Rugby World Cup. The double Rugby World Cup champion and 2013 Player of the Year has played 97 tests for the All Black's since making his debut in 2008, 22 as captain.

Read took his test cap tally to 109 by the end of 2017 before having to undergo surgery that ruled him out of the majority of the 2018 Super Rugby season as well as the June Tests against France. He returned in time to help the Crusaders to back to Super Rugby titles before being named as the All Blacks captain for the 2018 Rugby Championship, with 109 test caps.

After the narrow in against England, in 2018, he became just the 4th player to reach 100 Test wins (Behind McCaw, Mealamu & Woodcock)/ Read helped the Crusaders to their third straight Super Rugby title and Read's fourth during his 13 years at the franchise.

Read signed for Japanese club Toyota Verblitz and joined the side having finished his test career guiding the All Blacks to third place at World Cup in Japan. He played 52 of his Tests as skipper and was the 66th captain of New Zealand. Only McCaw (110) made more appearances as captain of the All Blacks. With 107 victories, Read is one of only five players to win 100 Test matches, along with fellow All Blacks McCaw, Keven Mealamu, Tony Woodcock and Sam Whitelock.


In August 2020, Read joined Counties Manukau on loan during the 2020 Mitre 10 Cup. In May 2021, Read played his final professional game turning out for Toyota Verblitz in the Top League semi-finals.

Read's career saw him win two World Cups and amass over 100 victories at Test level. His run of 19 consecutive victories as All Blacks captain from 2012 to 2016 is a record.