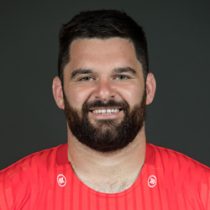 A former Connacht Rugby academy player, O'Byrne featured for the Munster As and Development Squad in season 2013/14 and joined Munster on a training contract that season.

He went on to make his debut against Gloucester at Kingsholm in August and then started in his PRO12 debut against Edinburgh in Thomond Park in the first competitive game of the season.

O' Byrne made his European Rugby Champions Cup debut on 21st October 2017 & scored his first try for Munster against Dragons in the Pro 14 in November.

He signed a two-year contract extension with Munster in March 2020, a deal that will see O'Byrne remain with the province until at least June 2022.