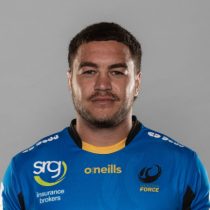 Koteka is the first graduate from the Future Force program to become a fully contracted member of the Western Force.

The Wests Scarborough product made his Super Rugby debut off the bench against the Hurricanes and went on to play 11 matches in his debut season on his way to collecting the club Rookie of the Year Award.