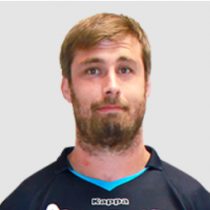 Le Devedec is a versatile forward whose primary position is Lock, but he is able to switch to No.8.

Represented France U18 in 2004 and France U19 at the World Championships in South Africa 2005. Also France U21 in the Six Nations 2006 and when they became U21 World Champions at home in France later that summer.

His formative rugby was at Stade Foyen before joining the Toulouse Academy and making his Top-14 debut against Bayonne in August 2005. Helped Toulouse to the 2008 Top-14 title.

Played for French Barbarians against Namibia in Toulon, November 2014. Won a senior call up to the French squad for the tour to Argentina last summer, starting both tests in the second row then appeared in all three autumn internationals. This will be his first inclusions in the RBS 6 Nations squad.

In June 2016, he was included in the France team to compete for the autumn tour in Argentina and was re-selected to represent France at the 2017 Six Nations.

Le Devedec faired well in his debut 6 Nations tournament as made appearances in 4 of France's 5 matches, he was subsequently named in France's squad to face South Africa in three-match series in June.

He featured in two of three matches in the series taking his test cap tally to 11.

He made 15 appearances for Brive during the 2017/18 season before signing for Montpellier ahead of the 2018/19 season.