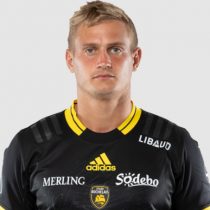 Plisson began his career at fly-half with Top 14 side Stade Francais in 2010 and went on to make 195 appearances.

He played a major role in securing the 2017 Challenge Cup for Stade - nailing a long-range drop goal in the semi-final.

He has made 19 appearances for France and following a string of impressive performances for the Parisian club this season, he was called up to Guy Noves' summer tour squad to South Africa, his first call up since June 2016.

In November 2019, he signed a deal with La Rochelle and finished his first season with 11 appearances for the side.