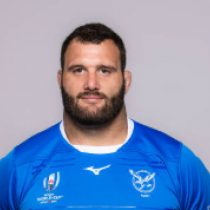 Coetzee returned to South Africa to join the Free State Cheetahs for the 2015 Currie Cup Premier Division, but he missed the tournament through his involvement with Namibia at the 2015 Rugby World Cup where he played in four matches.

Coetzee was named the Cheetah’s Super Rugby Player of the Year for 2017 following his 51 appearances for the club.

In April 2018 he signed a new year deal with the Cheetahs.