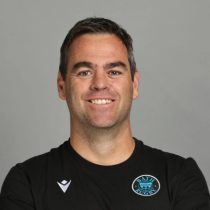 Son of former Bulls CEO Barend van Graan, Johann is a widely respected coach in South Africa and has worked alongside Heyneke Meyer as his assistant at the Bulls and the Springboks.

Van Graan assisted Meyer during the 2015 Rugby World Cup and was the only surviving member of the coaching ticket which took South Africa to the World Cup semi-finals. He worked as an assistant coach under Allister Coetzee at the Springboks and has worked on the attack as well as with the forwards.

In October 2017, Munster confirmed that Van Graan would succeed Rassie Erasmus as the Munster head coach following the conclusion of the Rugby Championship. Van Graan linked up with the Irish province in November after signing a two-and-a-half-year contract with the province.

Leaving his role as the Springboks Forwards Coach, van Graan and family made the move to Limerick in November 2017. His impact was immediate as he and the coaching staff of Jerry Flannery, Felix Jones and JP Ferreira guided the squad to the semi-final stages of the Champions Cup and Guinness PRO14 in his first season.

A year later and van Graan had once again paved the way for Munster to reach knock-out rugby in both competitions, with a Champions Cup semi-final against Saracens. In April the Province he had extended his contract for a further two years, and would remain with the province until June 2022.

In 2009 and 2010 he secured Super Rugby honours with the Bulls, as forwards and attack coach.

December 2021 saw van Graan announce that he would leave Munster at the end his contract.

He joined Bath ahead of the 2022/23 Premiership season.