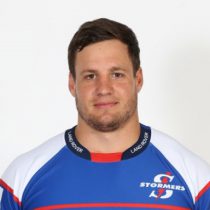 Having represented the Leopards and Cheetahs at youth level Fouche joined the Blue Bulls after school.

He represented the U19 Blue Bulls side and TUKS in the Varsity Cup and made his first-class debut in the 2014 Vodacom Cup.

Fouche featured in the Bulls 2017 Currie Cup before signing with the Stormers for the 2018 season, where he would make his Super Rugby debut.

In December 2019, he signed an undisclosed deal with the Western Province.