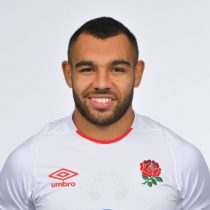 Joe began playing rugby at the age of 6 and studied at Peter Symonds College and was captain of the rugby side there. He has also been schooled at Harestock and Henry Beaufort.

He took an BTEC Extended Diploma in Sport, playing for Winchester as a school boy from 2002–12 and Symondians in 2013.

Joe was a standout player in England's 2016 junior world cup winning side. His impressive performances earned him a call up to Eddie Jones' 45 man senior England training squad on 1 August 2016. On 30 September 2016 he was subsequently named in the Test squad for the Autumn Internationals.

Joe also has a blackbelt in Karate.

In April 2017, he was one of 15 uncapped players to be named in England's 31-man squad for their two-Test tour to Argentina in June 2017. Following inclusion into Eddie Jones' squad, Marchant had to withdraw from the squad due to injury.

In July 2017, Marchant extended his contract with the club on a long-term basis.

In November 2019, Marchant has signed a three-year contract extension with Harlequins, until 2023. Additionally, in a ground-breaking move for club rugby, he will join Super Rugby side the Blues for six months, to support the development of his rugby career.

Marchant, who has played for Harlequins since 2014, will represent the Auckland-based Blues club from January 1 to June 30 in a revolutionary move made possible through the Club’s ongoing relationship with New Zealand Rugby.

Marchant was named in the starting line up for the opening round of the 2020 Super Rugby season with the Blues hosting the Chiefs at Eden Park.