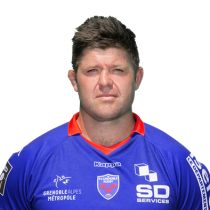 After some impressive performance in the Currie Cup van Rensburg made his Super Rugby debut against the Bulls in 2008.

van Rensburg become a regular squad member for the Lions until 2013 when he moved to France to link up with Bayonne.

He spent two seasons at the club making over 50 appearances before he returned to South Africa and joined the Stormers ahead of the 2016 Super Rugby season.

He made 13 appearances for the Stormers in 2017 and helped Western Province lift the Currie Cup title.

In June 2018, it was confirmed that van Rensburg will be heading over for his second stint in France after signing a deal with Top 14 side Grenoble.