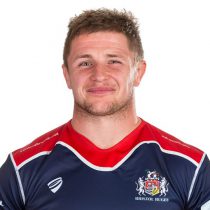 He signed for Bristol Rugby on 8 November 2011. In May 2012 he joined Connacht Rugby ahead of the 2012/12 season after Bristol failed to win promotion back to the Premiership.

Hooker Harris-Wright, who has won a European Champions Cup medal with Leinster and a PRO12 title with Connacht, links up with incoming Head Coach Pat Lam once again. The 28 year-old made eleven appearances for Bristol during the 2011/12 season.

Harris-Wright agreed to return to Bristol for the 2017/18 season.