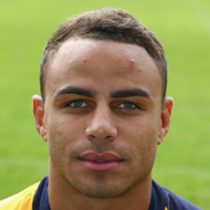 Stephenson joined the Worcester Warriors ahead of the 2013/14 season and will inject pace into the already impressive backline.

Deadly finisher Stephenson scored a blistering 15 tries in all competitions for Bedford in 2012/13. Stephenson moved to Bedford from Blackheath in 2012 after scoring 19 tries in one season in National League One.

Stephenson has also been capped for England 7s and has played in tournaments from Wellington to Las Vegas.

He came to Nottingham after a short spell at Ealing Trailfinders, signing for the Green and Whites in April 2016.