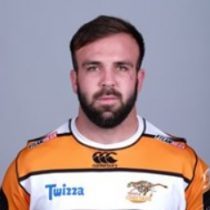 Another rugby talent out of Grey College, the Cheetahs hooker has established himself quickly in the franchise since representing the province at U18 level in 2011.

Cheetahs U19 a year later, it was 2013 when du Toit became a Baby Bok, representing South Africa at the IRB Junior World Championships and making his Currie Cup debut in the same year.

He started the 2014 season again playing in the Varsity Cup for UFS Shimlas; he had a greater involvement than in 2013, making seven appearances, which included five starts and two tries in their match against NMMU Madibaz in a 34–33 victory in their final match of the regular season.

He was named in the Cheetahs' squad for the 2015 Currie Cup Premier Division and was named on the bench for their opening match of the competition against the Blue Bull.