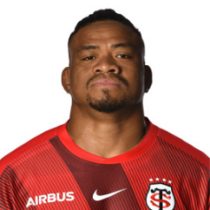 After six years at the Castres Olympique and a Top 14 winners medal in June 2013, Iosefa Tekori joined the Toulouse ranks in July of that same year.

Equipped with an impressive physique, Joe is known for his devastating tackles that often cause damage to his opponents. Able to play in the second row or back row, Tekori has become a valuable asset in the red and black colours.

In 2016-2017, Tekori will start his 10th season in Top 14. The player of Samoan origin arrived in 2007 at Castres Olympique, after playing for Auckland in New Zealand.

In May 2017, Tekori was called up to the Barbarians squad for the game against Ulster.

In July 2019, he announced his retirement from international duty, saying he made the decision in order to focus exclusively on his career at Toulouse.