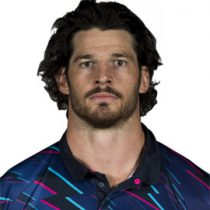 A powerful and intelligent second rower, Hugh Pyle showed promise year on for the Rebels and was calling the lineout from an early age with the side.

He made over 50 appearances between 2011 and 2014 for the side before heading abroad to join TOP14 side Stade Francais.

Pyle established himself as a regular starter under Gonzalo Quesada at the club and helped the side win the TOP14 in 2015.

He would go on to make over 100 appearances for the Paris-based side before leaving the club at the end of the 2019/20 season.

He later signed for TOP14 club Bayonne on a two-year deal in June 2020.