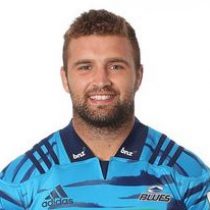 Auckland loose forward who played for NZ U20s in 2012, Preston played professionally in Italy for two seasons before moving back to North Harbour in 2016 to become a key part of a hard-working pack.

Preston helped Harbour claim promotion in 2016 & went onto help his side to a semi final spot in 2017.

He has yet to make his Super Rugby debut but heads into the 2018 season with 25 provincial caps to his name.

Preston made a single appearance for the Blues during 2018 and wasn't re-signed for 2019.