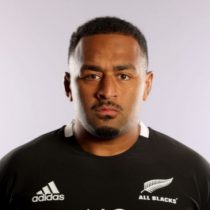 Born in Lower Hutt George Bower can cover both tighthead and loosehead prop. He began his rugby playing for the Avalon club and worked his way through the ranks, playing for the Wellington Under 20 team in 2011 before moving to Dunedin to train as a teacher.

He played for Otago B and one game for the top team in 2014 as an injury replacement but it wasn't until 2018 that he managed to get more regular games. Things moved quickly for the hard-working prop and he was then signed by the Crusaders for the 2019 season and has helped the team to three Super Rugby titles.

In October 2020, he was named as injury cover in All Blacks' 38-man squad for the Tri-Nations.

He was called up to the All Blacks squad in 2020 but could make his debut in 2021 after receiving a recall to the squad.