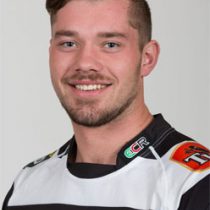 Originally from Christchurch, Cridge received a strong rugby schooling at Christchurch Boys' High School before linking up with the Hawke's Bay Magpies in 2013.

He was also a member of the New Zealand Under 20 team in 2014. While his provincial experience may be less than some of his teammates, Cridge has been identified as a promising talent with a just as promising future.

Cridge made one appearance for the Hurricanes for the 2017 season but failed to secure a contract for the 2018 season.

In 2020, he was drafted into the Highlanders squad following the injury of Josh Dickson.