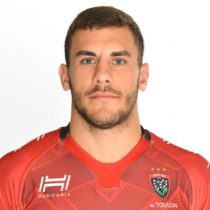 Villiere started his rugby with Rouen in Federal 1 before joining the France 7s squad the following season.

He competed in the World Rugby Seven Series, with his performances seeing him get elected best player of the tournament in 2019, a first for a French player.

After helping Rouen to get promoted into Pro D2, Villiere joined RC Toulon on May 9, 2019. He scored his first try with the French giants in a European challenge against Bayonne on January 18, 2020.