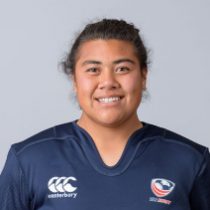 Fane "Eti" Haungatau began playing rugby at age nine as her father both played, coached and also started a rugby league in the local area. Neice of 2016 Olympian Joanna Fa'avesi and cousin of 2016 Olympian and most capped Men's Sevens player Folau Niua, Haungatau has spent her life surrounded by rugby.

From 2015-2017, she was named a USA Rugby High School All-American in both sevens and fifteens and was soon sent an invitation to join the Women's Sevens Residency Program to continue her development full-time.

She was named in the starting line up to make her test debut against England in June 2019.