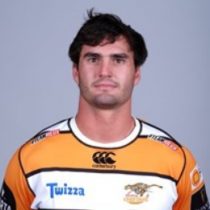 A big, physical centre, Swanepoel first made a name for himself when he represented the Cheetahs at the 2011 U18 provincial week and went on to make the South African Schools team.

Contracted by the Bulls in 2012, Dries was selected for the Vodacom Cup team in 2013, represented South Africa at the IRB Junior World Championship and made his Currie Cup debut for the Bulls in the same year where he scored a try within eleven minutes on the field.

Swanepoel took his Super Rugby cap tally to 9 in 2017 and has scored two tries in the competition. He featured regularly in the 2017 Currie Cup but failed to make the Bulls 2018 Super Rugby squad.

In July 2018, Swanepoel signed a two-year deal with the Cheetahs.