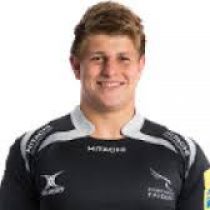 David Nelson is a former U/18 North England hooker currently in the Newcastle senior Academy.

Nelson joined the Falcons Senior Academy full time in 2014 and played a regular role in the Falcons’ A Team throughout their successful Aviva A League campaign whilst also representing National League One side Tynedale on dual registration.