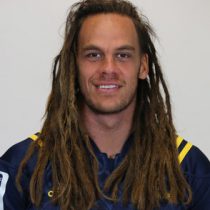 A rugged and hard-running loose forward, Dan Pryor has spent his entire senior career playing for Northland after debuting in 2010. Called up to the squad as injury cover, Pryor played his first and only Super Rugby game to date (as of April 2016) for the Blues in 2012.

In 2014, he led a rejuvenated Northland side and after several standout performances in the ITM Cup, now has the opportunity to build his Super Rugby career with the Highlanders. In 2015, Pryor was on the hunt for game time to build on his already exceptional defense and became a starting loose forward for the Dunedin-based franchise.

Pryor missed the whole of the 2017 Super Rugby season with a knee injury but made his return with Northland in the Mitre 10 Cup.

Alongside his brother, Kara, Dan helped Northland to a Championship semi-final where they were knocked out by Wellington.

Pryor was then named in the Maori All Blacks squad for the end of year tour where he started the match against Canada.

Pryor was once again named in the Highlanders Super Rugby squad.

In June Japanese Top League side Sanix Blues confirmed Pryor will join the side for the 2018/19 Top League season.

Pryor, along with twin brother Kara, signed for the Sunwolves for the 2019 season he heads into the new season with 36 caps and 6 tries.