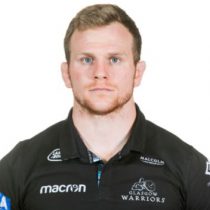 Chris Fusaro signed for Glasgow Warriors in summer 2010 and burst into the team to great effect in season 2011/12.

He has been capped for his country and was selected for the 2016 Six Nations squad.

On 21 July 2016 it was announced that Fusaro would become a backroom coach at Stirling County in addition to his Warriors duties.

He moved to be an Assistant Coach of Glasgow High Kelvinside in 2019.