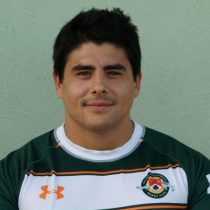 The 2016/17 season will be the second season at the Blues for Pirlli-Ocampo. Joining the Blues from Ealing Trailfinders his experience from time spent in the Tigers academy making his first team debut in the 2010/11 season.

Prior to winning the Aviva Premiership Rugby ‘A’ League with Leicester Tigers he earned a call up to the England Students team after his time with Loughborough Students in the national leagues.