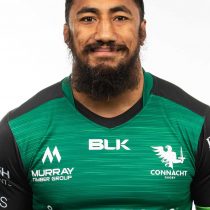 Named Bundellu after the doctor who delivered him, the nickname ‘Bundee’ instead stuck after being given it when shining at age level rugby. From standing out with an oval ball in hand at Manurewa High School, a place renowned for producing talented players of both codes, Aki then took a year out to work as a bank teller.

Aki was born in the Auckland suburb of Otahuhu. He was a student at Manurewa High School in the city, where he played for the school's rugby team.

He took a year out from pursuing a professional rugby career in 2011 when he worked as a bank teller at Westpac to earn the money for his young family. Aki was involved with the Chiefs wider training group in 2012. On the back of a superb ITM Cup season for Counties Manukau, he earned his first Super Rugby contract.

Aki featured heavily as the Chiefs won their second title in a row in the 2013 season, scoring five tries from his 15 appearances as he gained his big move to Irish province Connacht.

He was named the Counties Manukau Steelers Player of the Year and was awarded Player’s Player of the Year by his teammates. After 2 seasons and 25 appearances for the Chiefs, Aki left the Waikato-based side and moved to Irish side Connacht for the 2014/15 season.

He quickly became integral to the side’s fortunes, earning the Players' Player of the Season award after a stunning campaign which saw Connacht claim a sensational first ever PRO12 title in 2016.

After 47 appearances for Connacht, the charismatic centre signed a contract extension that would see him with the club until at least 2020. In May 2017, after being originally announced in the Barbarians squad, Aki underwent surgery on an ongoing shoulder injury and missed out on a chance to get a taste for international rugby.

He returned in time for the start of the Pro 14 season and featured in all 6 of Connacht's opening fixtures. Aki qualified for Ireland having completed the required three years of residency for his adopted country after joining club side Connacht from the Chiefs in 2014. It didn’t take long for Ireland to take notice and, after completing the three-year residency period in October 2017, he was named in their autumn internationals squad.

He made his test debut for Ireland in a 38-3 victory over South Africa in Dublin on 11 November 2017. He made an immediate impact, making 17 tackles as Ireland recorded their biggest winning margin over South Africa.

He started at inside-centre for Ireland in all five matches that led to winning the Six Nations grand slam in 2018, and scored his first international try against Italy in the 2018 Six Nations in a 56-19 win for Ireland.

He was selected for the 2019 RWC training squad in May of that year already with 17 appearances under his belt. He finished the tournament with 23 caps and four tries scored.

In November 2019, the IRFU and Connacht Rugby confirmed that Aki signed a three-year contract extension that will keep him at the Sportsground up to the end of the 2022/23 season.

As of June 2020, Aki is one appearance shy of recording a century of caps for Connacht since his debut in 2014.

Aki has become a central figure across his near four years of international rugby, making 31 appearances in that time with five tries to boot.

He was named in the British and Irish Lions squad in May 2021, his first tour with the Lions.

He made his Lions debut in the home test against Japan and scored his first try for the tourists in the first game against the Sharks.

He racked up five appearances before the test series.