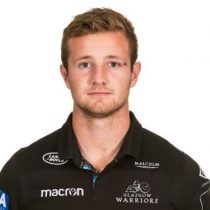 As a product of Hoërskool Ermelo, Thomson was called up to represent the Pumas at youth level, representing them at the Under-18 Craven Week – South Africa's premier rugby union competition at high school level in both 2012 & 2013.

He was the joint-sixth top scorer at the 2012 event in Port Elizabeth with 25 points, he scored 40 points in the 2013 event in Polokwane. After the 2013 tournament, Thomson was also included in a South African Schools side for their annual U18 International Series against sides from Europe.

At the start of 2015, Thomson was included in the Maties squad that played in the 2015 Varsity Cup. He played in all seven of their matches during the competition in a disappointing season for Maties, who missed out on the semi-finals by finishing the season in fifth position.

He has also represented South Africa U20s at the World Rugby Under 20 Championship and has played for Western Province in the Provincial Cup and Currie Cup.

Glasgow Warriors signed Thomson on a short-term deal from the Stormers in South Africa, his father coming from Scotland.

Thomson scored a try on his debut for Glasgow and played 2 other matches before he returned to the Stormers in May.

In July 2017 the Stormers released Thomson from his contract so that he could sign with Glasgow on a two-year deal.

He signed a new two-year deal that will keep him at Scotstoun until May 2021. He has represented Glasgow 24 times and has scored 5 tries.