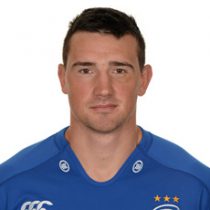 Ben began his career as a lock, however he can now operate in the second row or as a backrow forward. He made his senior debut in September 2012 against the Newport Gwent Dragons. He made a significant contribution in the 2012/2013 season where Leinster won the 2013 Pro12 title. At 6 ft 5, Marshal provides a real presence on the pitch and his versatility makes him useful option.

Sadly injuries only allowed him 20 appearances for Leinster and he agreed a move to Connacht from the 2015/2016 season.

Shortly after his move, Ben was unfortunate with more injuries during that campaign meaning his game time was limited to five appearances, scoring his first try at the Sportsground in the European Challenge Cup win over French side Brive in November 2015.

In January 2017, he followed medical advice and retired from professional rugby at the age of 26.