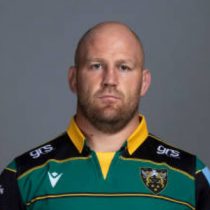 Starting his rugby career in Canterbury, Franks made his provincial debut for the side against Otago in 2005 before joining the Crusaders in 2006 and winning the Super Rugby title two years later. Having featured for the Crusaders nearly 100 times, Franks then moved to the Wellington-based Hurricanes in 2013 where he linked up with Chris Boyd, reaching the Super Rugby final that season.


He played for New Zealand age grade sides in 2003 and 2005 before he made his All Blacks debut against Munster in 2008. The prop made his Test debut for New Zealand in 2010 against Ireland, scoring his first points for the All Blacks, before helping his country defeat Wales a week later. Playing alongside brother Owen, the duo become only the second pair of brothers to represent New Zealand.

In 2010, Ben and his brother Owen Franks became the first brothers to play for the All Blacks since 1997, when they started in the front row against Ireland. Also, off the pitch, he runs a gym with Owen.

His performances earned Franks a pace in the All Blacks squad for the 2010 Tri-Nations before appearing at the 2011 Rugby World Cup where New Zealand went on to claim the title.

Franks and the All Blacks would repeat the feat in 2015, meaning he became one of only 20 players ever to have been a part of two World Cup victories.

In January 2015, Ben Franks joined London Irish in the 2015/16 season and brought with him a formidable reputation. His medal cabinet is almost at capacity and among his accolades are two World Cup-winning mementoes.

Playing on either side of the scrum, he is an extremely valuable asset to Irish and racked up eight tries during the 2016/17 promotion-winning season.

In March 2018, Franks signed a deal with Northampton Saints. The prop followed former coach Chris Boyd to Northampton, quickly securing his place in Saints’ side and racking up 28 appearances in his first campaign in Black, Green and Gold.

Franks scored two tries and helped Northampton lift the Premiership Rugby Cup that season, as the side reached the knock-out stages of every senior competition.

He went into the 2019/20 Champions Cup season with 8 European caps scoring one.

In February 2020 he confirmed he would retire from professional rugby.