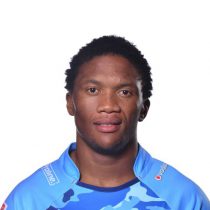 Educated at Dale College in the Eastern Cape, Maku gained International colours at an early age by making the South African U19 team in 2005 and the SAU21 team in 2006. Making his senior Bulls debut at just 19, Currie Cup and Super Rugby followed soon after where the hooker claimed titles in both competitions. Making his Springbok debut against Italy in 2010, the front ranker then moved to the Lions for 2011 & 2012 season until returning home to the Southern Kings in 2013.