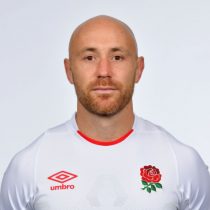 Christchurch-born and raised, Willie Heinz Heinz played four years in his XV rugby team at school, which is a record for the school. He made his debut for the Crusaders in 2010 in their victorious match against the Chiefs in Hamilton, he then went on to score his first Super Rugby try after coming off the bench in the match against the Lions.

A former Linwood club player, Heinz made his provincial rugby debut for Canterbury in 2009, and has been involved in three championship Canterbury squads.

He racked up 50 caps for both Canterbury in the ITM Cup, and Crusaders in Super Rugby since making his debut in 2010. Arriving at Gloucester at the beginning of the 2015 season from the Crusaders, the Christchurch born player became a regular in the first team squad, displaying great leadership skills when captaining the team on a number of occasions.

The experienced scrum-half added plenty of quality to the position alongside Greig Laidlaw and Callum Braley in his first season at Gloucester and made 19 appearances, bettering that total in his second season when he also skippered the side frequently.

He signed a new undisclosed contract with the Cherry and Whites in November 2016.

In May 2017, Eddie Jones selected Heinz in his squad for the June Internationals. He didn't make his test debut and was confirmed as the new Gloucester Rugby captain ahead of the new 2017/18 season, taking over from Greig Laidlaw.

Willi continued to skipper the side in 2018-19, making 17 appearances and leading the team to the end of season play-offs. His superb form was recognised as he was called up to train with England, made his international debut against Wales and earned selection to England's Rugby World Cup squad.

He made his test debut against Wales ahead of the World Cup in starting line up. He went onto making his 9 appearances for England in the semi-final victory over New Zealand before an injury ruled him out of the final.

Over his 6 years at Kingsholm, Heinz made 100 appearances for the Club, marking his 100th against London Irish during the 2020/21 season. At the end of the season he left the Cherry and Whites to link up with Worcester Warriors.