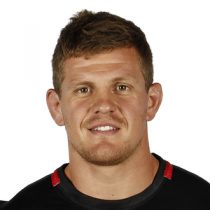 Cotte made the move from French Second Division side Bourgoin to Lyon for the 2017-18 season.

He played 21 times for Bourgoin in his final season with the club, after spending seven seasons at the club.

Cotte looked for a new challenge and that will come in the shape of TOP14 rugby with Lyon for the 2017-18 season.

Cotte was largely unused during the 2017/18 season making just 5 appearances and made the switch to USON Nevers ahead of the 2018/19 season.