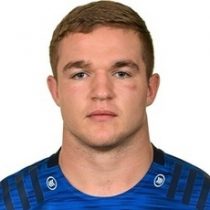 A former St. Michael’s College pupil, Penny made his senior debut for Leinster against Ospreys having impressed in the victorious Celtic Cup campaign scoring eight tries across the seven games.

His try-scoring debut retained his place in the Leinster squad to face Dragons in round 10 of the 2018/19 Pro 14.


In January Penny earned a call up to Ireland u20s squad for the 2019 Six Nations.