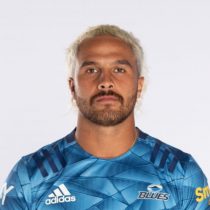 The NZ Schools and NZ U20 halfback captained St Kentigern to national honours before making his Blues debut in 2016.

He made his debut for the Blues in the 19-23 loss to the Hurricanes at Eden Park, coming on as a substitute.

Nock made 6 appearances, including his first start, in a 2017 season mixed with some injury. Nock also came off the bench for the Blues against the British and Irish Lions.

He had another outstanding Mitre 10 Cup season for the Taniwhas and should figure more prominently for the Blues in 2018.

He is a player with a fast, long pass and an excellent kicking game.

Now a senior player with Northland, Nock's performances will continue to inspire the Blues in the 2020 Super Rugby campaign.