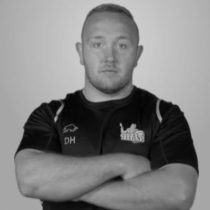 Herriott, a former junior member of Deal & Betteshanger and student at Castle Community College, played for the England Academies XV when they lost 31-21 to England Under-16s at Oxford in March 2009.

The prop forward, who completed his first year as a member of Northampton RFC’s Academy, was invited to attend an England summer squad training session in Leeds in August 2010.