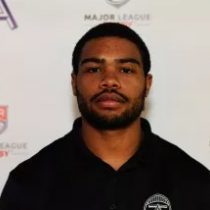 Marcello is from Toronto and attended Brebeuf College School. He then went to the University of Guelph in 2015 pursuing a Bachelor of Applied Science Degree in Kinesiology, Fitness, and Health.

He played rugby for the Guelph Gryphons helping them win the 2016 OUA Men’s Championship. He was selected to the 2017 and 2018 OUA Men’s All-Stars at the back row.

He played with the Toronto Arrows during the 2018 exhibition season and played in 14 of the team’s matches in 2019, carrying 81 times for 427 meters.

He also made 158 tackles and scored 2 tries. During the 2020 season, he was injured and didn’t recover in time to play in the team’s 5 matches.

In June 2020, he re-signed with the Toronto Arrows for the 2021 Major League Rugby season.