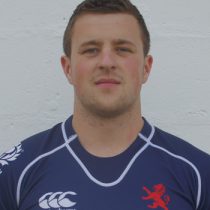 Millar joined London Scottish from Gala in the summer of 2013.

He kicked over 300 points in the RBS Premier One competition in Scotland during the 2012/13 season and he starred in Gala's victory over Scottish at Netherdale in the British and Irish Cup in October 2012..

A product of Moray RFC in Elgin, Millar spent three years developing his game at Gala and was a key figure in helping the club return to the top flight in Scotland.

He has also represented the Scotland Club international side.