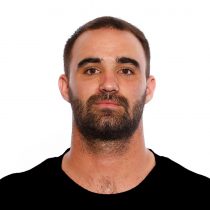 After his early-season debut, Nick became a regular within the Reds matchday 22 with his ability to perform in different positions and in difficult circumstances a real asset to the team.

He also possesses the physical tools and mental toughness to succeed at Super Rugby level with his first season a positive introduction that formed a valuable platform from which he built on.

Along with his Super Rugby accomplishments, Frisby was also in 2012 Australia’s first-choice scrumhalf with the Australian Under 20 team that competed at the Junior World Championships in South Africa.

He formerly gained experience as a member of the 2011 QAS Reds Academy, a position he earned following a standout 2010 season at club level, where he claimed the Colt of the Year award to go along with his Man of the Match performance in the annual City v Country encounter. In a watershed year, Frisby also captained the GPS Colts to the Premiership Title.

After being on the Wallaby radar for 2-3 seasons, he earned his call up and debut in the June 2016 series against England, and went on to make 5 Test appearances.

Frisby had a falling out with Reds coach Nick Stiles during the 2017 and signed a deal to join Top 14 side Bordeaux.

During his time in Australia he racked up 69 points in 66 matches for the Brisbane franchise, including 11 tries, the first of which came on his debut against the Sharks in 2012.

He spent four months with Bordeaux Begles where he made nine appearances and scored one try.

In July 2018 he signed a two-year with Pro14 side Glasgow Warriors. 2020 saw him leaving the Pro 14 side and joined the Western Force ahead of Super Rugby AU