Toulouse have confirmed that 62-cap international Yoann Huget is being operated on after suffering a ruptured Achilles late in the first half of Saturday's 34-16 win against Racing 92.

The 33-year-old 62-test winger has already announced he will retire at the end of the season, however, his career may have been cut short a few matches early.

“It affected us a lot, his injury. Despite his age, he’s always there and always has an unquestionable mindset,” Antoine Dupont said after the game.

“It always hurts to see players injured on the field. I hope we’ll have news of him soon, hoping it’s not too bad even if it didn’t seem too good.” 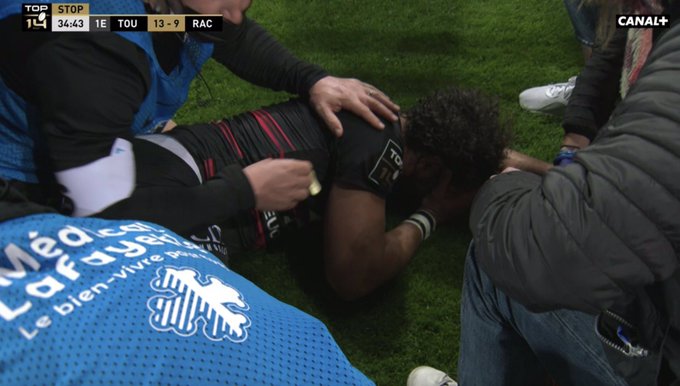 Huget was given a standing ovation as he left the pitch in what could very well have been the final game of his career.