Richard Wigglesworth will captain the side, returning to the starting line-up alongside Johnny McPhillips as the Leicester half-backs.


Matt Scott and Matías Moroni are included in an unchanged Tigers midfield, with Freddie Steward and Kini Murimurivalu joining Harry Potter in the Leicester back three.

In the only change to the Tigers tight-five, Harry Wells starts alongside Cameron Henderson at lock, and Luan de Bruin, Charlie Clare and Joe Heyes retain their places in the front row.

Hanro Liebenberg is at No8, with Tigers Academy graduates Tommy Reffell and George Martin included as the flankers.

International trio Tom Youngs, Ellis Genge and Dan Cole are among the replacements, with Tomás Lavanini and Jasper Wiese named as the other forwards on the bench.

If he is used from the bench, Ford will make his 100th appearance for Leicester Tigers. 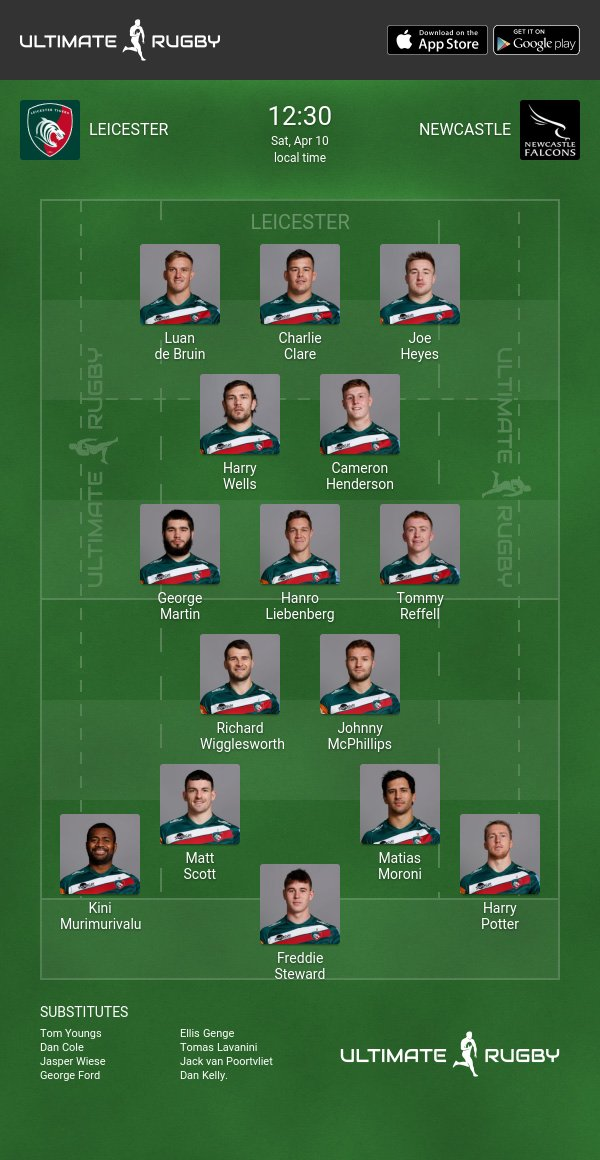 Tom Penny makes his 50th appearance for Newcastle Falcons on Saturday when they travel to Leicester Tigers in the European Challenge Cup quarter-finals.

The 12.30pm kick-off at Mattioli Woods Welford Road is a straight knock-out clash, with an open draw on Sunday deciding the semi-final line-up for the weekend of April 30 and May 1-2.

Penny lines up at full-back having shone for the Falcons during last weekend’s 28-24 away win over Welsh side Ospreys in the round of 16, Newcastle fielding an unchanged side from that which started at Liberty Stadium.

Philip van der Walt, one of Newcastle’s try-scorers that day, misses out after failing a head injury assessment during the game, that blow being off-set by the return to fitness of Scotland international Gary Graham. 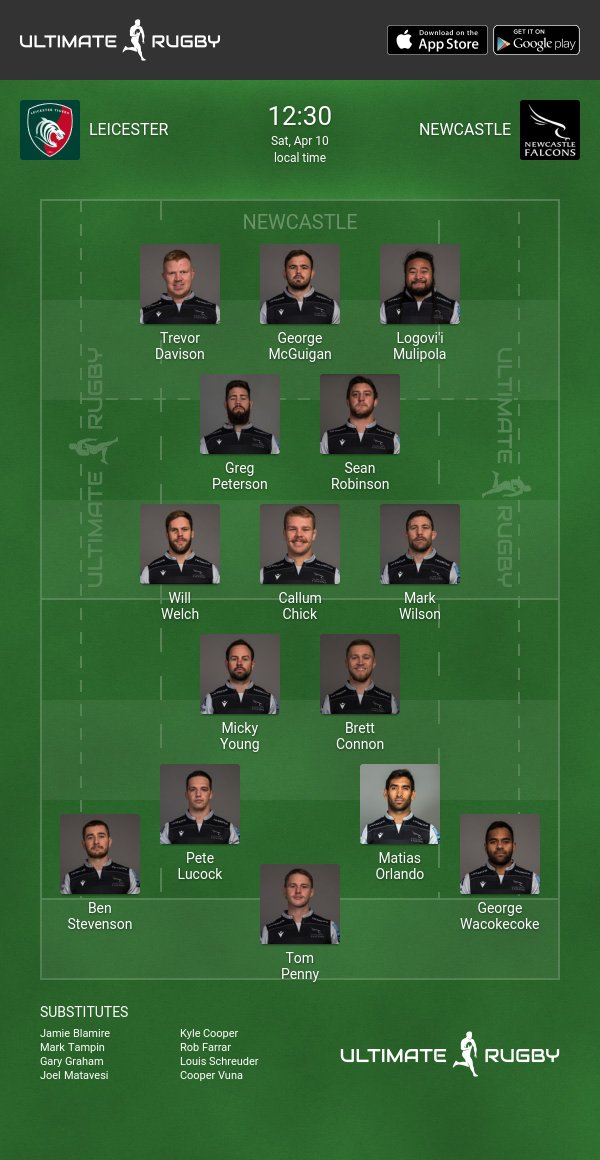