We take a look at the top try scorers in test rugby by putting together a XV of players who crossed the whitewash the most times during their careers.

New Zealand, understandably feature more than any other side, with five All Blacks making the XV.

While the names from the Tier one nations are more recognisable there are a few Tier Two legends that make the side from Georgia, USA, Japan, Namibia, Uruguay and Japan.

Just two players who feature in the side are still available for test selection with the rest being retired. 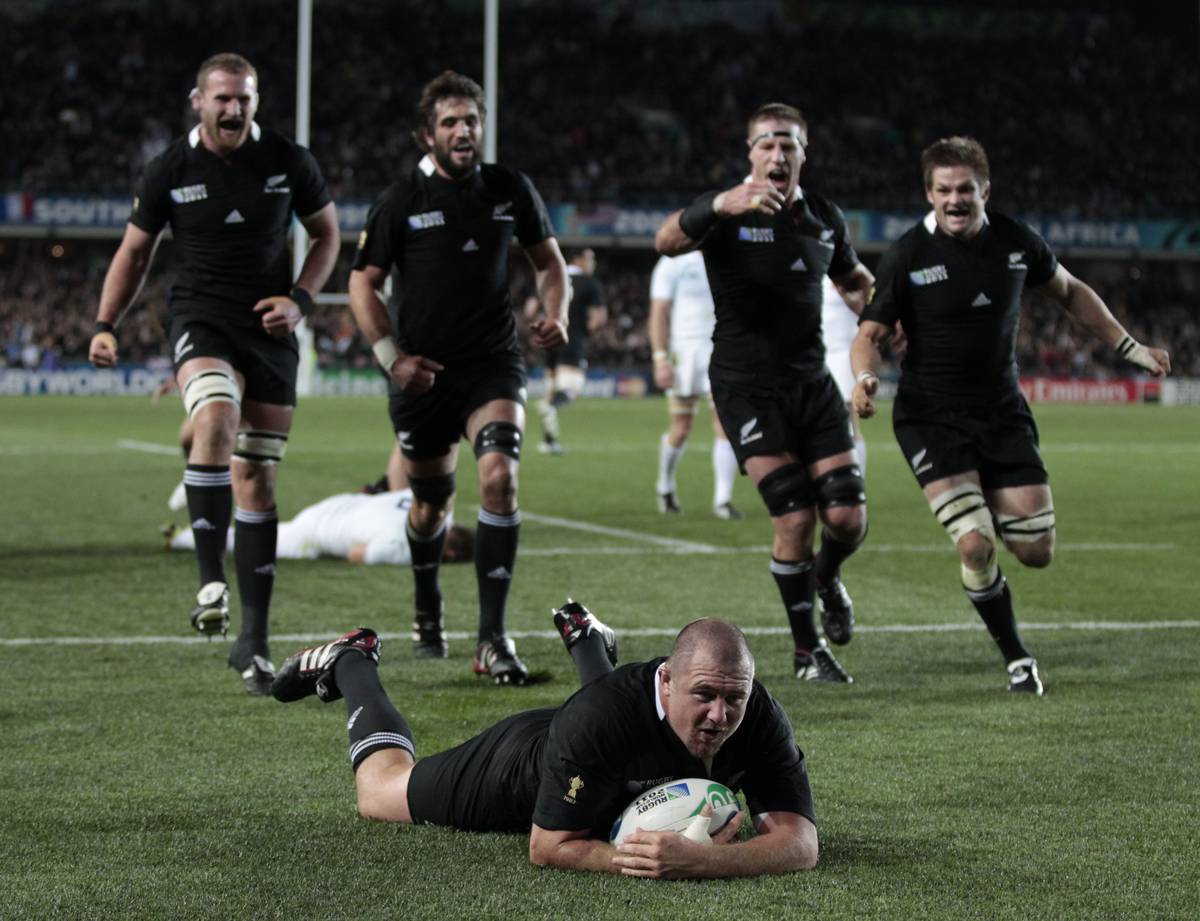 Keith Wood misses out to the young gun with 15 tries to his name. Taufete'e made his international debut against the Springboks in 2015 during the RWC.

He may have been born in Argentina but he is an Italian legend playing 119 Tests and nearly 150 appearances for Leicester Tigers. A powerhouse that knew how to score a try.

The cult hero Mamuka Gorgodze beats Mark Andrews to the 4 jumper. The Georgian made a name for himself in France playing for Montpellier and then Toulon.

Sadly Ono was unable to make it to a century of Tests for Japan, cruelly stranded on 98 but the legend scored 13 tries over his 12 year international career.

Kishoff played in three World Cups for Namibia and beats Neil Back to the flanker position who scored 17 tries for Engand and the British and Irish Lions.

Jacobus Otto of Germany on 25 tries comes closest to knocking McCaw off his perch but the legendary All Black captain cruises in to the side with 17 Rugby Championship tries - including 11 against Australia - making up most of his scoring.

The Uruguayan comfortably beats the like of Kieran Read and Zinzan Brooke into the side with 41 tries. He was followed by Takashi Kikutani of Japan with  32 Tries.

Many regard the World Cup-winning Springbok as the best that has played the game. 6 World Cup tries to his name in the 38 total he scored for the Boks.

Up there as one of the best individual performances of the decade! @beaudenbarrett against the Wallabies in 2018🤯

Habana and David Campese fought it out for the 11 jumper with the Springbok taking the honours with Campo having scored 64 tries.

Both Jeremy Guscott & Ma'a Nonu scored 31 tries in the midfield but can not beat Tana Umaga.

The Irishman beats England's Will Greenwood on 31 tries. O'Driscoll played 141 Tests for Ireland and the British and Irish Lions coming off the bench just once in his entire test career.

Ohata was a try-scoring machine as he touched down 69 times in just 58 Tests and beats All Black Doug Howlett who dotted down 49 times for the New Zealanders.

What side would be complete without Cullen at the back? 40 of his tries came from him starting in the 15 jumper for the All Blacks. He beats Hirotoki Onozawa who scored 55 times for Japan but played a majority of his games on the wing. Chris Latham and Serge Blanco were both in the running too.