Marc Thomas, the 30 year old Doncaster Knights loosehead prop, has been snapped up by Harlequins on the recommendation of Welsh legend Adam Jones, according to a report in walesonline.co.uk.

Thomas has previously turned out for Ospreys, Jersey Reds and Yorkshire Carnegie but is relishing the opportunity to be involved in the Premiership for the first time.

"Marc is well known to Bomb (Adam Jones) having played at the Ospreys, he knows Scott Baldwin well, is a very good scrum technician and is a tough kid. 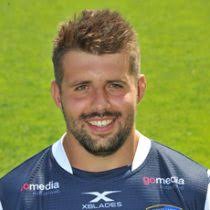 "He’s fitted into the group really well on a trial basis, really impressed us as a person and we felt it was important with coming in so late into the pre-season that he was someone the boys could really connect with.

"He’s got a great energy around him. We felt he thoroughly deserved the opportunity to have a crack and we’re delighted to have him for the next couple of months.

“We feel we needed another experienced player to add to the quality we have at the club."

Although Thomas now faces the daunting prospect of taking on England stalwart Joe Marler and Argentinian hard-man Santiago Garcia Botta for a spot in the starting line-up, he remains enthusiastic.

“I know Adam and Scott from my four years with the Ospreys and with the Covid situation ending the season for Doncaster Knights, I took a punt coming here on a two-week trial,” he said.

“I’m really enjoying it here and everyone has been really welcoming.”