Fiji coach John McKee has named his team for the Pool D match against Uruguay at Kamaishi Recovery Memorial Stadium on Wednesday, 25 September.

The team sees three players in the starting XV from the side that started against Australia on Saturday - Dominiko Waqaniburotu, Leone Nakarawa, and Semi Radrada.

Four players in the starting XV also started against Uruguay in the pool stages of RWC 2015 – Waqaniburotu, Nakarawa, Api Ratuniyarawa, and Vereniki Goneva.

Brothers Josh and Sam Matavesi have been named in the match-day 23 for Fiji at a RWC match for the first time.

Ben Volavola drops to the bench after starting all four of Fiji’s RWC 2015 matches and Saturday’s match against Australia.

Campese Ma’afu does not start a RWC match for Fiji for the first time since they lost to Wales at RWC 2011. 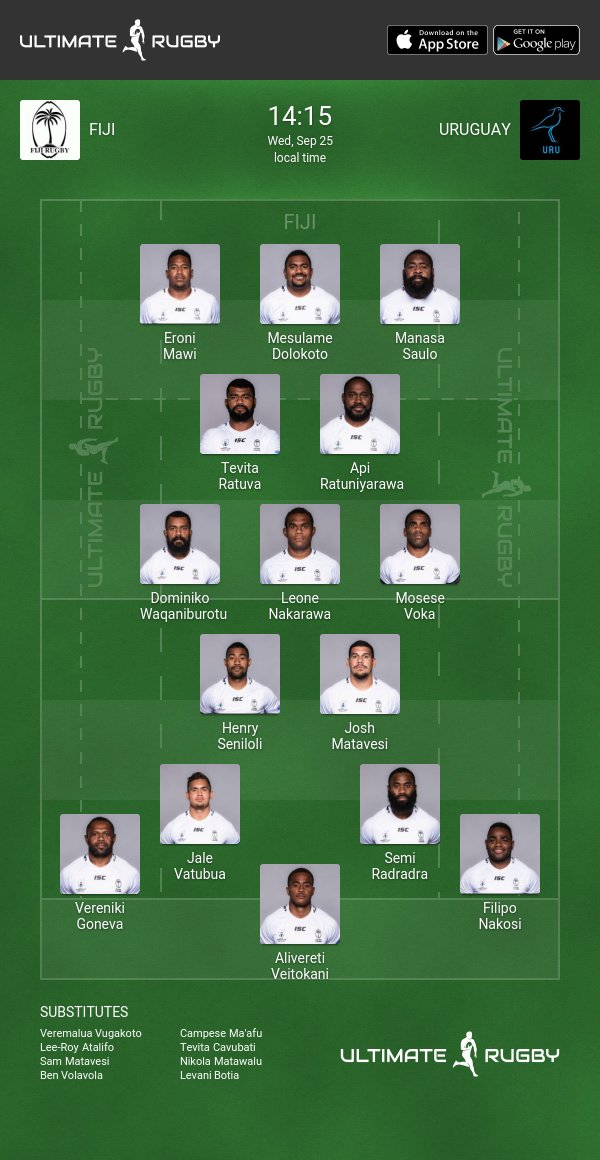