Brilliant Barrett steers the Blues to the Super Rugby Final

The Brumbies have gone down to the Blues 20-19 at Eden Park in Auckland, Dan McKellar’s side showing tremendous bravery to come back from a 20-7 half-time deficit.

Late tries to replacement hooker Lachlan Lonergan were not enough to force the result, the Blues hanging on to book their place in the Harvey Norman Super Rugby Pacific final.

The Brumbies shot out of the traps in the third minute, Irae Simone scoring from 40 metres out in a breathtaking display of pace and power.

In his final game for the club, Simone left the Brumbies family with a special memory, the centre gliding past multiple Blues defenders to score.

Lolesio converted, and although chances would come, it was the Blues who would score the rest of the first half points, first through the boot of Stephen Perofeta, and through tries from Hoskins Sotutu and Mark Telea.

20-7 was a fair reflection of the Blues clinical first-half display, the Brumbies needing to lift against the home side in the second.

The response came, and the Brumbies began to get a foothold in the game, Lachlan Lonergan getting his first of the night not long after joining the fray.

His second would push the Brumbies to within three, Noah Lolesio showing steely reserve to nail the conversion.

In the closing moments, the Brumbies forced a turnover, but Lolesio’s attempted dropgoal was charged down, and the Blues managed to close out the game, the final score 20-19. 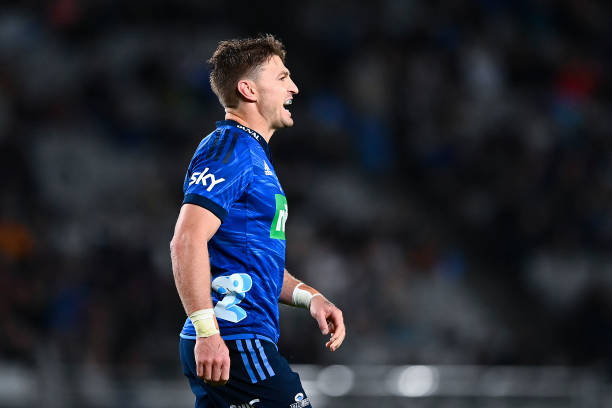 Beauden Barrett produced yet another masterclass to steer the Blues to victory.

The All Blacks' playmaker didn't get onto the scoreboard, with his drop goal falling just short, but he played a major role in unlocking the Brumbies' defence.

He also won two turnovers and made a clean break.