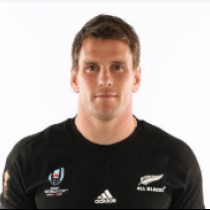 Todd's intelligence will be highly valued by the team as will his outstanding defensive abilities and skills at the breakdown.

Todd first joined the Crusaders in 2011 after a year in the Wider Training Squad and an impressive ITM Cup campaign for Canterbury, which resulted in him being awarded the 2010 Canterbury player of the year.

He made his All Black debut in 2013 and fell out of favour in the 2014 season but after a great 2015 Super Rugby season with the Crusaders earned a recall for the Rugby Championship Tournament.

Todd made his 100th Super Rugby appearance in the 2017 edition of the tournament having already made 94 appearances for the Crusaders scoring 21 tries.

New Zealand Rugby and the Crusaders secured the services of loose forward Todd for another year, re-signing him to the end of the 2018 season.

In June 2017, Todd was named as injury cover in the All Blacks squad for the 2017 NZ Lions series, having won 8 caps.

Todd heads into the 2018 Super Rugby season having already made 109 appearances for the Crusaders and 8 Tests for his country.

He was unlucky not to be included in the initial June Test squad but was called into the squad as injury cover.

In June 2018, the flanker re-committed to the Crusaders for the 2019 season, with the club confirming that he has signed for Panasonic Wild Knights but will remain with both New Zealand Rugby and the Crusaders for 2019.

Ahead of the 2018 November International, Todd has obtained 14 test caps.