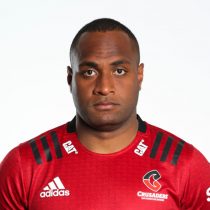 He was selected in the Fiji u18 side for the Tri Nations matches against Australia and NZ u18 sides, with his performance securing his place in the Taranaki Rugby Academy as a development player .

Mataele showed off all of his skills during his first start for Taranaki, against Hawke's Bay in August 2016 when he busted through three defenders and stepped two more on his way to the line.

After finishing just his first season with Taranaki in the Mitre 10 Cup, he was named in the Crusaders squad for the 2017 Super Rugby season alongside his uncle, midfielder Seta Tamanivalu.

He followed his uncle to New Zealand at the age of 18 to take up a place at the Taranaki Rugby Academy. He played in Taranaki's Sevens and Under 19 teams before being selected for the provincial team in 2016.
Manasa made an immediate impact, scoring a 50 metre try in his debut game against Hawkes Bay.

The speedster made 33 Super Rugby appearances for the Crusaders before leaving the club for Western Force on a two-year deal.