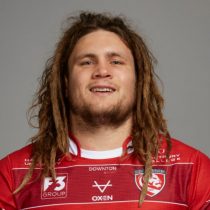 Jordy is a traditional openside flank, which many refer to as a hybrid version of George Smith and Phil Waugh.

With his long dreaded hair, flair and aggression at the breakdown it’s hard to argue with the comparisons. Having the same grounding as Waugh at Shore in Sydney, Reid quickly became a standout, although he marched to the beat of a different drum.

Upon completing his HSC, Reid spent 6 months abroad, before returning home to purely focus on his Rugby Union career with the Manly Marlins.

After a season of dominating the colt competition, the transition was a swift one for Reid. He was noticed by Rebels and ARU scouts, and given the opportunity to travel south to Melbourne.

The Sydney-born flanker joined Ealing ahead of the 2018-19 season from Super Rugby’s Melbourne Rebels, where he played 41 times having made his debut against the Waratahs in March 2013.

Jordy played against the British and Irish Lions in 2013, and his best season with the Rebels came in 2016 when he played in 15 of their Super Rugby matches.

Renowned as a powerful ball carrier and committed defender who excels at the breakdown, Jordy has proved to be a standout player in the Greene King IPA Championship.