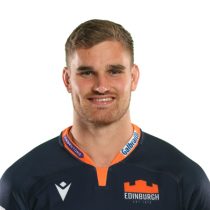 Lang joined Harlequins in the summer of 2016 from Rugby Gogledd Cymru (RGC) in North Wales.

A strong kicker – both out of hand and at goal – Lang debuted for the Club away to Exeter Chiefs in September 2016.

In his first season with Harlequins, he went on to make five further appearances; scoring a late penalty in the comeback win away to Gloucester Rugby.

A cool, calm operator, the Ashford-born back made his name with a couple of standout performances in the Quarters, most notably in the famous last-minute victory against Saracens at The Stoop in the Premiership in 2017/18, where his metronomic kicking and impressive physicality kept his side in the contest and gave them the opportunity to win the match in the closing seconds.

In August 2018, Lang became the 1092nd player to represent Scotland when he started the national team's 48-10 win over Canada on the Summer tour.