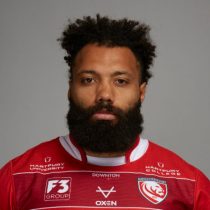 Jamal began his rugby career in Leicester Tigers's Academy structure, he then moved to National League 1 club Cambridge for two seasons before progressing to RFU Championship side Cornish Pirates in 2014. He then switched to Bristol Rugby for the 2015/16 season and aided in their promotion into the Aviva Premiership that season. The prop made 48 appearances in a Bristol shirt and suffered with the club as they were relegated back to the Championship at the end of the 2016/17 campaign.

Ford-Robinson was called up by England that defeated the Barbarians at Twickenham on May 28, 2017, he was added to the touring squad that traveled to Argentina in the summer of 2017 as injury cover for Worcester Warriors' Nick Schonert.

In March 2019, Ford-Robinson signed a 2-year deal with Gloucester Rugby.